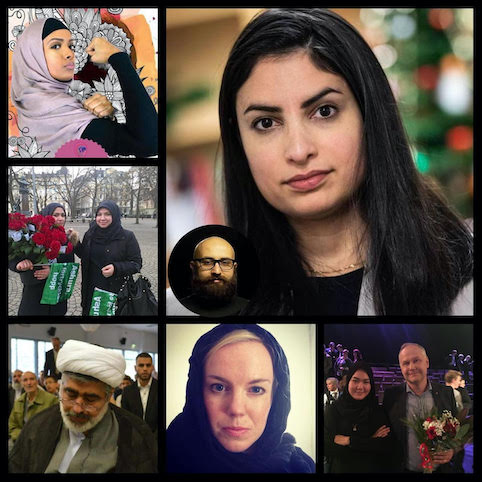 You can, and you must to end the Islam friendly policy of your party!

You must know that the Iranian young generation, which you are actually one of those, are sick and tired of Islamic dictatorship. The generation which screams for freedom and secularism all days/everyday.  The generation that is begging for help from the free world, including Sweden.

You must know, the crimes against humanity by the Islamists is the most important reason for the Middle Eastern leaving their homelands and moving to the west including Sweden.

Let me, as a thirty three years old secular and Ex Muslim refugee, share my 8 years experience of living in Sweden with you.

I have seen by my own eyes, refugees who wear Hijab, since they are scared of their own families. I know girls and boys who refuse to go to gyms, swimming pools, night clubs, pubs,etc. due to the mixture of men and women in public places in Sweden. I know homosexual refugees who are treated violently, and getting abundant and humiliated by their own families only because they are LGBTQs. I know children, and I see them every day on the street that go to school while they are veiled by their families. I know young refugees who are forced to get married, taken to Islamic ceremonies, getting circumcision, and in some cases, if they disobey Islamic rules, they get murdered by their own family members.

Yes, they all are happening right now, right here in Sweden, in the year 2021 !!

On the other side, we know that all the main political parties in Sweden, including your party, justify their economic and political relationships with the Islamic regime in Iran. The regime that commits felony crimes against its own people on a daily basis. The people that you were one of them, if you had not moved to Sweden.

The left political organisations and parties are supposed to represent people’s demands and dreams, not to become a place to promote Islamism. Instead of being a political party that represents feminism, secularism, and vanguard movements in society, I am deeply sad to see that your party today is at the front line of justifying Islamism in Sweden.

Even if you merely, looking for the people’s vote, you must stand on side of the vanguard, feminist and human based movements, and do not let that far right and anti immigrants parties rise the flag of protecting secularism in this country.

We all know that one most important reason, the Sweden’s Democrats Party (SD) has become so big and popular is their anti Islamism features. Now how on earth have you still not realised how important it really is to protect the society from the threat of Islamism?

TO SIGN ON TO THIS STATEMENT OF SOLIDARITY WITH MINA AHADI,