In solidarity with Salman Rushdie 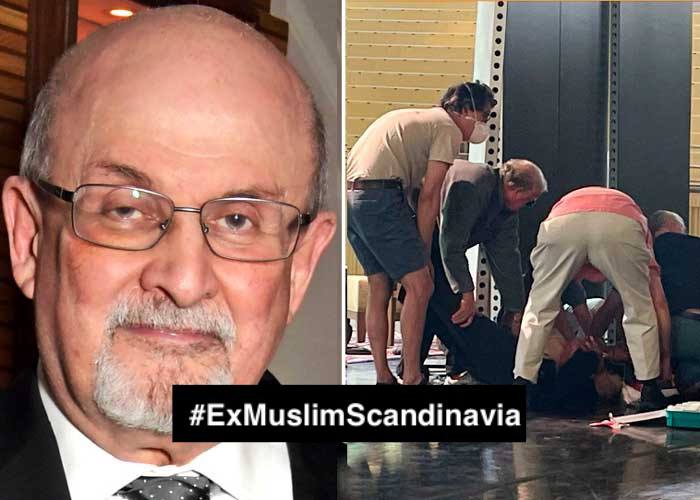 In solidarity with Salman Rushdie

Salman Rushdie has lost sight in one eye and the use of one hand after the attack he suffered while preparing to deliver a lecture in New York state two months ago, his agent has confirmed.
The 75-year-old author, who received death threats from Iran in the 1980s after his novel The Satanic Verses was published, was stabbed in the neck and torso as he came on stage to give a talk on artistic freedom at the Chautauqua Institution on 12 August.
Until now, the full extent of Rushdie’s injuries had been unclear. But in an interview with Spain’s El País, Andrew Wylie explained how serious and life-changing the attack had been.
Such barbarism must be condemned internationally. Attacked against Rushdie, is truly an attack against modern civilisation and freedom of speech.

Rushie might be injured, though he is still alive.His current situation truly shows the Ex Msulim and Islam critics movements in the world.weh have been attacked, are got injuries, but we still alive, keep on fighting till the world become a safe place from Islamism.