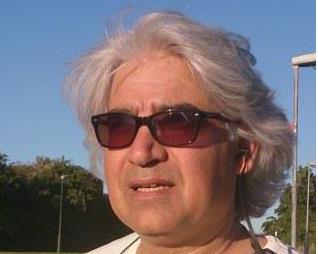 The Islamists in the city of Växjö in Sweden have asked the municipality to allow them to broadcast the public call to prayer (so-called ‘azaan’) from a mosque – twice a week for three minutes each time.

I am against the broadcasting of azaan not only because it is hurtful to the ear and disturbs people’s peace of mind, but because by the public broadcasting of the call to prayer, they want to impose Islam on the citizens of a society. Broadcasting the azaan means the Islamists are blaring out that here Islam rules. I have absolutely no desire for someone to scream in my ears the message of azaan, that ‘God is great’ and ‘Mohammad is his messenger’. This is nothing but an incursion and bullying. Nobody is stopping anyone from saying their prayers, but blaring Islam into one’s ears is by no means a religious duty of a Muslim. It is the banner of a dark Islamist movement whose bloody record includes killing, aggression, imposition and bullying.

A colleague of mine is a Muslim, originally from Iraq. He doesn’t go to a mosque and says that his prayer is his own affair, that he has no need to blare it out. Many of those who call themselves Muslims share his opinion. But then you have a bunch of self-appointed leaders, who have a different agenda; their palms are greased off by governments of Saudi Arabia, Turkey, Iran, Qatar, etc., so as to “spread” or, more correctly, impose Islam. These people who speak so innocently of the benefits of the call to prayer for integration would certainly send me to prison or even execute me for having written this piece, should they come to power in this country.

They tell us to be mindful of racists, as they too oppose azaan. But I have nothing to answer for, for anyone else. There is an infinite difference between my opposition (and opposition by people like me) to Islamism and azaan and the racists’ opposition. The racists are against Islam because they want to safeguard ‘the genuine Western culture based on Christianity’, while I am opposed to Islam because it is against children, women and LGBTs; because it sanctions the killing of apostates and atheists, defends oppression and exploitation, and is the banner of one of the darkest movements of our time, making life hell for people in countries like Iran, Afghanistan and Iraq, and turning streets of Europe into the slaughterhouse of innocent, defenceless people. My opposition is not based on a defence of Christianity, but on defending secular principles and opposition to the interference of religion in the social life.

I believe it is the natural right of all citizens to have any belief (religious or otherwise) and enjoy equal citizenship rights irrespective of their beliefs, which is something that is opposed by racists. Meanwhile, I fully support criticism of religion and the freedom to have no religion. I believe that people should not be forced into silence in the name of ‘respect for other people’s beliefs’. Reactionary religious, Islamic and racist beliefs do not deserve respect and I will not give up the weapon of criticism.